Sign light retrofitting is a significant step toward improving efficiency and durability in existing signage. There are, however, some considerations that accompany retrofitting projects. Let's look at five issues you'll want to be aware of when retrofitting the lights in your signs.

Especially with older systems, it's likely that the entire electrical system will have to be removed. First, many of these systems consume a lot of power even if they're feeding newer lights like LEDs. Second, they may not be fully compatible with modern electrical systems.

This is one of those tricky issues that can sneak up on folks. The spacing of the previous lighting rig in a sign was based on the output of whatever system was used, such as incandescent or fluorescent bulbs. When these are swapped out for LEDs, particularly on a one-for-one basis, you can end up with cool spots. Additional lighting may have to be introduced to produce the same effect as the sign originally had.

A lot of things can influence how the colors of a sign look when it is illuminated. Some of this may be the product of discoloration due to UV exposure or pollution. However, LED lights are likely to operate at different color temperatures, and this can create differences in the colors of the signs.

For example, a sign might have dark red plastic that was meant to glow red-orange when lit with incandescent light. With a whiter LED producing the light, it might end up closer to a true dark red. Tweaks are often necessary to get the sign to the original color.

Even the weather can interact with the lights differently. For example, incandescent bulbs often produce lower output in cold weather. An LED will operate differently. This means the sign may look a bit different in the dark of winter than it once did.

One of the prevailing criticisms of LED lighting is that it doesn't have the same warmth and glow as older technologies, especially neon. It is possible to use opaque layers to diffuse LED light and mimic the appearance of old-school neon lighting.

Folks who want a retrofitted sign to look a particular need to be as specific about their concerns as possible. If you're shooting for the neon look, for example, that's something you'll want to tell to the professionals at the sign shop. When possible, try to present photos of what the sign looked like in its prime so they can attempt to recapture it. 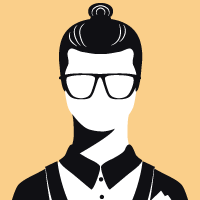 After gaining a significant amount of weight a few years ago, I completely overhauled my diet. I began eating fresh fruit, vegetables, whole grains, low-fat dairy products, and lean meats. During the summer months, I loved to buy fresh produce from local farmers’ markets and produce stands. While riding down the road, I often looked for signs advertising foods such as peaches, apples, field peas, and tomatoes. I particularly noticed signs designed with bright colors and beautiful pictures. If you sell delicious produce from your garden to the general public, consider investing in a professional sign to place by a busy roadway. On this blog, I hope you will discover tips for creating a sign for your business that drivers and passengers will definitely notice.